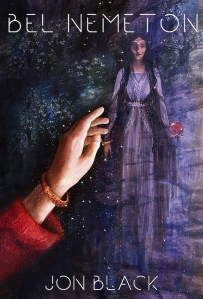 The paperback version of my novel Bel Nemeton became available on Amazon last week. True, I signed the contract more than a year ago and the eBook had been available for a while.

But I didn’t really feel like a novelist until now.

There’s just something about knowing that my words have become a tangible object; imagining the crisp sound of a finger run across its unopened pages; holding it to my face and inhaling that mellow, spicy smell; the possibility of encountering it a used bookstore and knowing my story is now part of that great, eternal, mysterious cycle of books.

My book is real…

And I’m very pleased with the publisher’s blurb 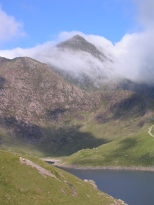 A globe-trotting quest for the treasures of the historical Merlin.

The ancient city of Samarkand

Carvings have been unearthed in the Middle East. They bear impossible names–Arthur and Merlin, albeit in a native transliteration. How did these names come so far? Do they imply the existence of a historical Arthur and Merlin? The scholars do what they always do. They arrange a press meeting.

But scholars aren’t the only attendees. After heavily-armed mercenaries steal the stone, Dr. Vivian Cuinnsey is forced to work with Jake Booker, a self-professed treasure hunter. Can he be trusted? Or is he just one more force after Merlin’s treasure for personal profit?

From the Middle East to the caves of Israel to German record rooms to Oxford’s secret underworld, chase Vivian and Jake in their pursuit of Merlin’s greatest treasure.

“It’s rare to see such a creative new take on Arthurian mythology. Even rarer is to see a new take done so successfully.”

“A book that makes Dan Brown weep with jealousy.”

“Fast paced and exciting, I was never bored. When’s the movie?”

“The blending of historical tale and modern archaeology manages to excite the mind with a tale of ‘What if?'”

“…weds an historically plausible Merlin with a modern day plot that is engaging. I very much appreciate how the novel also expands its horizons beyond mere British or Western European ‘folklore’ and embraces a larger, more inclusive, more nuanced ancient world.”

“I cannot wait to read more.”