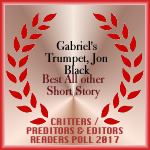 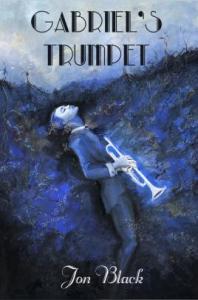 The Savoy Ballroom was jumping. Fess Williams led his Royal Flush Orchestra through a furious rendition of “Hot Town” as patrons Lindy hopped across the dancefloor. Others listened to the music or were content to see and be seen. Women wore fancy dresses. Men wore suits. The Savoy’s dress code was stringent.Even for Harlem’s swankest nightclub, the evening was exceptional. Five thousand people crowded inside. Thousands more stood outside on Lennox Avenue, hoping to get in. All of them came to see a miracle. 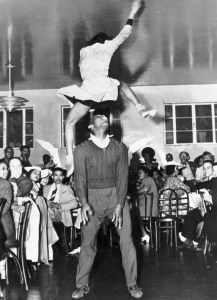 Dancer Frankie Manning (often credited as the inventor of the Lindy Hop) and unidentified parter at the Savoy Ballroom.

Frank Marvin’s husky tenor vocals gave way to a clarinet solo, which melted into a glorious crescendo of saxophones. As sax notes faded away, a slender young man with delicate features and mocha complexion took the spotlight. Raising a gleaming silver trumpet to his lips, the crowd waited expectantly. This was what they came for.

Long, sweet, and clear, his opening note rung like a church bell through the Savoy. The trumpeter began a sonorous melody of rapidly accelerating tempo. Playing notes at lightning speed, his fingers melted into a translucent blur. Shifting tempo up and down, always just before the audience expected it, he kept them hanging on every note.

At its most frenetic, the Savoy’s dancers struggled to keep up. But his long, slow passages moved the crowd most. The trumpeter’s sound was haunting and ethereal, sweetness and melancholy inseparable from one another. His music beckoned visions of dreamlike landscapes and conjured long-forgotten bittersweet memories. Even the Lindy hoppers stopped to watch.

At last, he took the silver trumpet from his lips.

“Ladies and Gentlemen,” Fess Williams shouted from his bandleader’s podium, “put your hands together for Gabriel ‘Resurrection’ Gibbs.”

The crowd exploded in applause. It was a remarkable performance. Especially from a man who died two years ago.

Gibbs bowed, a tiny smile on his lips. Raising the trumpet, he played on.

In the crowd, Langston Hughes looked on thoughtfully, scribbling notes. Moe Gale, the Savoy’s owner, nodded approvingly, hearing profit in the trumpeter’s every note. Near Hughes, two men watched Gibbs and eyed each other suspiciously. They stood out. Not because they were white, the Savoy had always been proudly integrated, but because they were square. One, younger and tall, compulsively cleaned his glasses. The other was portly and pallid, as if recently escaping confinement.

Near the bandstand, another outsider lingered. Motionless and stony-faced, he stood, unmoved by the revelry surrounding him. Bald and sturdily framed, the man knocked at the door of middle age. His suit epitomized the conservative style of another era, in contrast with Savoy regulars who self-consciously embraced the cutting edge of Harlem fashion.

As much as the squares, this man was an outsider. Packed as the Savoy was, patrons remained at arm’s length, heeding warnings their conscious minds were unaware of. Unobserved amidst the crowd, the interloper produced a revolver and fired, empting the cylinder toward the bandstand.

Crying out in pain, “Jelly” James dropped his trombone and grasped his shoulder. But all eyes focused on “Resurrection” Gibbs. Blood plastering his white tuxedo shirt, the trumpeter swooned before collapsing into the drums.

“You can judge a man by his library,” Marcus thought, pacing along the well-apportioned bookshelves of a Beacon Hill mansion.

All the titles marking an educated, patrician man were present. So, too, were some curious outliers: bound editions of Madam Blavatsky’s correspondence, Capron’s Modern Spiritualism, Frazer’s Golden Bough, even an unpublished autobiography of Franz Mesmer. What was absent were the Moderns: no Anderson, Fitzgerald, Hemmingway, or Joyce. 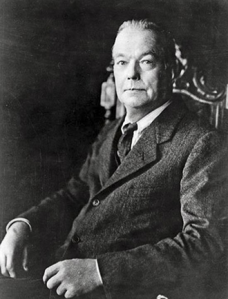 He heard the double doors opening behind him. “Dr. Roads, thank you for coming.”

Marcus turned to face Dr. Walter Franklin Prince. The research director of the Boston Society of Psychical Research was old, Marcus acknowledged, but the curiosity and determination in his face made that difficult to remember. Prince was, in fact, the society’s driving force.

Reposing in a high-backed leather chair, Marcus cleaned his glasses, a nervous habit since childhood. Prince’s secretive phone call unnerved him. Why did he want to meet away from the society’s headquarters? And why was he tightlipped about his purpose?

“Do you remember our discussion of Gabriel Gibbs last month?”

“The trumpeter. Down in New York, correct?”

Marcus recalled something of it. The musician, rumors said, died somewhere down south, but was resurrected with his musicianship much advanced. Now in Harlem, Gibbs was quite the cause célèbre.

There had been discussion of the BSPR investigating the case. Discussion mixed with laughter. The story was preposterous. Séances were one thing, resurrection quite another. Anyway, how would one investigate such claims? The idea was quickly shelved. It intrigued Marcus that Prince referenced it again.

“The ASPR is investigating Gibbs,” Prince said, lips curling into a grimace. “I have no choice but to open an investigation as well. If those New Yorkers go off half-cocked again, we’ve have to be able to counter it.”

Marcus nodded. Based in New York, the ASPR, American Society of Psychical Research, was the BSPR’s rival. Both societies conducted the rivalry with all the bitterness of the civil war it was. The two groups had once been one. Then came a medium named Margery…

In 1925, the ASPR issued a report championing her authenticity. The society’s leadership actively defended Margery against allegations of fraud. Many of its members, however, felt compelling evidence existed to question Margery’s bona fides. That segment departed the organization, establishing the Boston Society.

“Even so,” Prince continued, “many of our members would be unhappy about treating this case seriously. That’s why I asked to meet at my home. This investigation is unofficial, unless we need to go against the ASPR report.”

“That’s reasonable,” Marcus acknowledged, “what do you want from me?”

Marcus hoped the choking noise he made was only in his head. “You’re not serious. Why me? Why not Rhine? He’s more experienced. Or Lydia Allison? She’s better with
people.”

“You’re every bit as good as them. Besides, Rhine’s down at Duke now,” Prince scolded.

“More importantly, you’re a physician. If anyone is qualified to determine whether a man has returned from the dead, it’s you.”

His argument made sense. And it would be an opportunity to break the tedium of recent investigations. That brought its own difficulties. “This isn’t like checking out a séance. It’s different from anything I’ve done,” Marcus explained. “I can’t just look for wires and cheesecloth. I’m not a Pinkerton. I don’t know how to go about this.”

“You’ll figure it out,” Prince smiled. “If in doubt, start at the beginning.”

“I accept.” Marcus grinned. “Do you know who the ASPR has put on the case?”

“Oh.” This time, it was Marcus who grimaced. 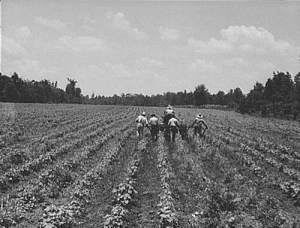 Marcus had never spent so long on trains: Boston, New York, Chattanooga, an overnight in Memphis. This morning he caught the Jackson Bell, traveling south along the river, bound for someplace called Pilate’s Point…

photos in the public domain