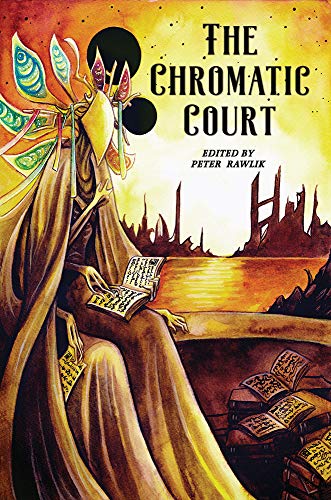 (A novel in an anthology? My story, like the TARDIS itself, is bigger on the inside than the outside)

I first discovered Dr. Who on  KERA, the Dallas Public Television station, in the late 80s. At time, this was something that branded me as a nerd even among nerds. Nevertheless, it was a revelation … a vision of sci-fi so much more expansive and full of possibility than anything I had encountered previously.  My favorite Doctor was (and remains) John Pertwee, especially those episodes with Sarah Jane Smith and “Swinging Londons” is very much an homage to those episodes.

It also proves that, even when writing sci-fi, I am incapable of breaking his historical fiction addiction or my fondness for cameos by real-life historical figures.

As much as I’d love to toot my own horn about the role of “Swinging Londons” in Defending Earth,  I need to credit the real heroes … curator/editor Mary-Helen Norris and artist/illustrator Sophie Iles.

So, obviously, I’m very excited about this piece. For all the of Dr. Who fans  out there (and, dare I hope, fans of Jon Black), I’ve copy/pasted a Q&A about “Swinging Londons” from the press kit for Defending Earth.

Q) Which Sarah Jane story (any medium) is your favorite, and why?

A) My favorite Sarah Jane story is Planet of the Spiders (Sladen/Pertwee) with Pyramids of Mars (Sladen/T. Baker) a very close second. Of course, these are among the finest stories in Dr. Who cannon in their own right. They also present Sarah Jane at her best and most compelling: smart, pragmatic, determined, inquisitive, and, above all, humane.

A) In “Swinging Londons” the space-time surrounding that great city has become dangerously unstable, swinging rapidly between alternate possible versions of itself. As UNIT cordons off London and struggles to prevent dragons, Black Shirts, Mole People and other threats from spreading to the rest of Britain and the world, Sarah Jane and the Doctor travel into the heart of the disturbance seeking its cause. After she and the Doctor are separated, Sarah Jane must navigate dozens of alternate Londons while searching for the Time Lord, acquiring a strange companion of her own, and encountering someone she never expected…all before the small matter of saving her London by ending the instability.

Q) What is your favorite part of your story and why?

Yeah, you wonder why this picture is here …

A) While the story allowed me to delve deeply into my historical fiction and alternative history addictions, the true joy of writing “Swinging Londons” came from exploring the relationship between Sarah Jane and the Doctor: specifically, the complicated and sometimes ambivalent emotions even an exceptional human would experience having a best friend and companion who is not only effectively immortal but possesses abilities which often seem to knock at the door of omniscience and omnipotence.

Q) Why do you love Sarah Jane?

A) While Sarah Jane is an ideal “everyman” to bring viewers along on adventures in time and space with the Doctor, she is so much more than that. The adjective “plucky” is, admittedly, cliché when referring to British heroines of a certain time period. That doesn’t mean it’s not a perfect characterization of Sarah Jane. With her resourcefulness, common sense, perseverance, and compassion Sarah Jane epitomizes how, in a universe full of ostensibly much more formidable creatures, humans manage not only to survive but thrive.

The Doctor Who Companion I

The Doctor Who Companion II (Interview with editor M.H. Norris)

Book Two in the series isn’t due until May 2016. Nevertheless, I’ve already begun my research. The story will feature the Picts prominently. Delving into what is known about the Picts has been both fascinating and challenging.

Of all the Celtic peoples (acknowledging of course, that even the term “Celt” is anachronistic) of the Isles, the Picts are arguably the most enigmatic. Aside from archeological evidence, almost everything known about Picts comes from other peoples … and even that is not a large corpus of information. So it might appear to be an open question, what was a Pict?

In the absence of a large volume of hard data, it appears many people have treated the Picts as a blank canvas on which to project their own ideas, hopes, and fears. Often, this leads to depiction (no pun intended) of Picts as a kind of uber-Celt, with every trait common associated with Celts exaggerated. Others portray Picts as the ultimate “other,” ignore solid evidence as they portray Picts as non-Indo-European (to say nothing of Celt) and an outlier or exception to much that is commonly understood about human society.

Popular conceptions of the Picts … as technologically primitive, socially primitive, and extremely warlike appear deeply ingrained in both popular consciousness and mass media – from Robert E. Howard to the 2004 Clive Owen/Keira Knightley film “King Arthur.” There may be a kernel of truth in the last aspect, sources from multiple cultures describe Picts as notorious pirates and, certainly, they were one of the barbarian groups troubling Rome and even southern Britons. It is difficult, however, to build a case they were more “barbariany” than other barbarians. Conceptions of technological and social primitivism, however, are utterly erroneous. Archeological evidence supports that Pictish material culture and technology were on par with their other Celtic and Saxon neighbors. In fact, in some areas, notably metal working and artistry (Pictish art tended toward the naturalistic, in contrast with the stylized forms of their neighbors) a case could be made they were slightly ahead of the curve. Socially, while Pictland apparently lacked the larger settlements of southern Britain, its political and religious systems were also on par with their neighbors.

At this point, as presented in my story, the Picts will adhere strongly to the model supported by archeology and other scholarly research … while also featuring a nod to those more fanciful conceptions of myth and legend (especially of the Robert E. Howard variety).