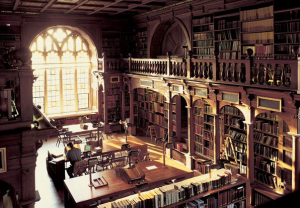 I am proud to announce that I will be co-editing an upcoming anthology for 18thWall Productions with the peerless Mary-Helen Norris. The anthology, titled “Overdue,” revolves around the quest for lost books and takes place in a shared universe joining together my Bel Nemeton with Mary Helen’s All the Petty Myths.

I admit to being a little nervous. Moving from writing to editing an anthology is a big step, especially as I’ve always viewed editing as one of my weaknesses, so I’m really going to have to up my game.

With that caveat, I’m very excited about Overdue. I’m a huge fan of Mary-Helen’s work and collaborating with her is an incredible opportunity. There is a lot of potential in a shared universe joining the forensic mythology, urban folklore, and procedure mystery of All the Petty Myths with Bel Nemeton’s blend of historical fantasy and modern pulp.

The “lost book” angle also really appeals to me. I’ve always enjoyed seeding my work with references to fictional lost books. Some of my favorites include:

Then, of course, there are plenty of real life lost books from the missing volumes of the Annals of Tacitus to the Inventio Fortuna chronicling an unnamed monk’s travels around the North Atlantic to Jane Austen’s Sandition.

And, yes, I’ll contributing a story to the anthology as well. I won’t say much, but I will say the idea comes not from the Bel Nemeton series by from my short story (and upcoming novel) “Gabriel’s Trumpet.” Yes, I am effectively declaring that those two stories take place in the same universe.

For all the writers out there, you can find the full submission call for Overdue here.

One thought on “So I’m Co-Editing an Anthology”